Why are AdWords Conversion Tracker and Google Analytics showing different conversion rates and numbers of conversions? Which one should you believe? If these are questions you have ever found yourself asking, then you’ve come to the right place.

The short answer? They’re both right, although neither one is perfect. This is of course assuming you’ve set them both up correctly. How can this be? We’ll, I’ve attempted to put my unfortunate artistic skills to the test to try and clear up this puzzle.

So here’s the story:

When you look at how the two systems track users and conversions, the answer to how this happens becomes apparent. Let’s look at two possible scenarios for a conversion:

Scenario #1: The user converts after clicking on an AdWords ad to get to the site.

In this scenario, all is well with the universe. In both cases, the user is said to come from the Google ad they clicked on. In this instance, a conversion will be registered in both Google AdWords and Google Analytics for the specific keyword.

Here’s where the differences become apparent. On the first visit from an AdWords ad, both Analytics and AdWords will set a cookie that marks the user as coming from the paid Google ad. However, if the user does not convert initially, but comes back a second (or third, or fourth) time from a different source (Yahoo! cpc ad, banner ad, email, etc.), things get sticky. Upon the return visit, the AdWords cookie will remain the same, but the Analytics cookie gets overwritten. If a conversion then takes place, it will show up in AdWords as coming from a keyword, but it will show up in Google Analytics as coming from the new source. Neither one is wrong, it’s just a different type of data.

So here’s the bottom line. Comparing the data in AdWords to that in Analytics is a little like comparing apples to oranges. AdWords will track users back to the initial keyword (only for google cpc sources), while Analytics will attribute conversions to the latest source (for all sources/keywords)The data not only might not be the same, but will not be the same.

Well, hopefully some of that made sense. Don’t expect the conversion numbers in AdWords and Google Analytics to be the same. They won’t be, and that’s ok. 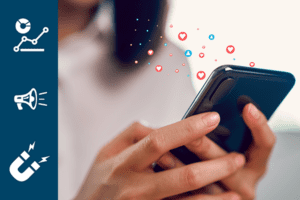