Link spam: Links placed on websites, regardless of quality or context, in an attempt to boost organic search rankings.

Spammy links, which often are bought and sold, violate Google’s guidelines against link schemes. If you don’t want to run afoul of the link spam update, or you think your site might have been affected by it, Google has recommended some best practices.

Links in Sponsored and Guest Posts, if accepted on your site, should be tagged with rel=”sponsored” or the rel=”nofollow” attribute.

There has been a ton of discussion in the SEO community about an apparent change in how Google handles title tags on the search engine results page.

Beginning around August 17th, SEOs and site owners started noticing that Google was shortening title tags, showing header tags, or even using link anchor text or image file names in place of the <title> field in the page’s HTML code.

Danny Sullivan, Google’s public liaison of search, jumped in to say that this is not new, pointing to a 2012 Google Search Central blog post about page titles in search results. However, it does appear that something changed recently to make the title rewrites significantly more noticeable. Danny commented that the feedback has been heard and that Google will look at how to improve their systems.

You can read some of the discussion in this Twitter thread.

Page Experience Update More Than a Tie-Breaker for SEO

The page experience update that incorporates Core Web Vitals into Google’s ranking signals is more than a tie-breaker for organic rankings according to Google’s John Mueller, who says:

“It is a ranking factor, and it’s more than a tie-breaker, but it also doesn’t replace relevance.”

The effects of the page experience update, which began rolling out in June, have been minor across the SEO landscape – especially compared to June and July’s core algorithm updates. It’s important to remember, however, that Core Web Vitals are ranking signals, and improving your site’s UX can improve conversion rates across all channels.

Why Googlebot Might Not Be Crawling All of Your Pages

If you have a large website with hundreds of thousands or millions of pages, you might find that Google is discovering but not crawling or indexing all of those pages in a timely manner.

This can be frustrating, but Google’s John Mueller outlined a few reasons why this can happen.

In a recent Google SEO Office Hours hangout, John was asked for insight into why one large website was being crawled more slowly than they felt it should be. He provided a few possibilities:

2. Poor site quality. If Googlebot does not pick up good quality signals, it may be more cautious about crawling and indexing pages.

According to Google’s Large site owner’s guide to managing your crawl budget documentation, Googlebot does have a crawl capacity limit (how many parallel connections it can use) and a crawl budget (the time and resources it can devote to crawling a site).

Because the web is nearly infinite, Google must choose how and where it uses its resources. These limits are rarely a concern for smaller sites, but can influence how very large sites are crawled.

If you’re concerned that your site isn’t being crawled, reach out to the ROI SEO team and we’ll be happy to schedule an analysis.

An update to article structured data includes a new author property that is essentially a link that uniquely identifies and confirms the author of an article.

Using author.url as markup to include a link to a social media page, biography page, or “about me” page can help provide more information about the author, which is important for Google in understanding author expertise and validity. Google may even use the feature to analyze fake author details and understand the context of a page, which can have small ranking effects.

Google Now Shows Why It Ranked a Specific Search Result

Since the launch of the “about this result” box earlier this year, Google has expanded the feature to now list multiple factors and reasons behind why it ranked a specific page in the search results. These factors could include related terms to the query, if the website has related images, geographical reasons, and whether backlinks played a role in the rankings.

While it isn’t new news, Google’s Martin Splitt recently responded to a tweet to remind us that alt text is important for SEO.

Alt text: HTML code that is used with <img> tags to provide copy that describes the content and context of the image; also called the alt attribute.

By adding alt text to your images, you provide Google with additional useful data on what is included in the image to help with image ranking and make your site more accessible, as it is read aloud by screen readers.

Read the Twitter discussion and past stories on this topic on Search Engine Roundtable here.

Although the search engine expected to have completely moved all sites to mobile-first indexing earlier this year, Google’s John Mueller recently replied to a tweet to say that “We’re still working on moving the remaining sites over to MFI.”

He followed up to say that this is not something that a site needs to try to force – it will happen when it happens.

Google: Customer Reviews Not a Signal for Web Search

Google’s John Mueller recently stated that customer reviews are not used as a ranking factor for SERPs. However, they are used for Google My Business and local search results.

Make sure you are receiving customer reviews, responding to negative reviews in a professional and timely manner, identifying trends within your reviews, and taking action to curb any negative experiences.

We reported on Google supporting new video schema markups in our June SEO Recap, including a mention of “Seek” markup. This schema – officially called SeekToAction – is now live!

Previously, creators needed to add timestamp information in the video description on YouTube for key moments to appear. The SeekToAction markup is an AI-powered way to enable key moments where you provide the URL pattern to skip to a specific timestamp and Google automatically identifies key moments in the video.

You can learn more about SeekToAction on the Google Search Central Blog.

Want to highlight deals on your site? Google rolled out new tools to help businesses promote their products. Read new ways to find deals and shop on Google on Google’s Keyword Blog here and learn best practices to engage shoppers with deal pages on the Google Search Central Blog here.

Google also announced that it will issue item-level warnings in the Diagnostics page of Merchant Center if the Manufacturer Part Number (MPN) attribute for one or more products is incorrect starting in August 2021. Read the announcement here. 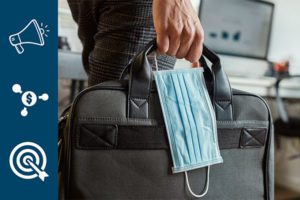 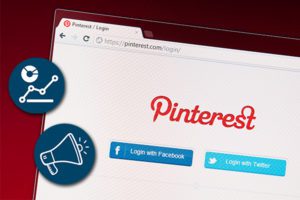