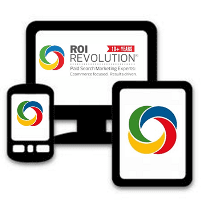 According to the 2014 U.S. Digital Future in Focus report, more than half of all device users in the United States are multi-platform users (i.e. people who use both mobile and desktop devices). These multi-plaform users now make up 56% of all users in the United States. Since the introduction of smartphones to the marketplace, consumer habits have been changing at lightning speed. This includes their shopping habits. So, how are retailers adjusting for these cross-device shopping trends?

Mobile shopping (or m-commerce) has been growing at record speed with some estimating that 1 in 5 dollars is spent via mobile. In a survey of 14,473 global mobile consumers by InMobi, 60% use their mobile device as their primary source for going online. More interesting, 83% of these global mobile consumers say they anticipate making a purchase from their mobile device in the next 12 months.

How can retailers keep up with this shift in shopping trends when the data justification can be lost in old-school attribution models?

Google recognized the need to validate and track mobile conversion for retailers using AdWords. So, they introduced new columns within the AdWords reporting interface. These new columns are the Estimated Totals (Est. total) Columns.

The totals are only reported by Google if they have a high threshold for accuracy (…like 95% confident that a conversion happening on mobile originated on a desktop, laptop, or tablet.). And, Google determines this confidence threshold using their data from Google users who are logged in on their computer then switch to their Android device.

What Should Retailers Do with these Columns?

Retailers using AdWords should take some time to look at these Estimated Totals Columns. These columns could convince them to hold on to those campaigns where conversions may be low. Take a look at this example.

Now, by considering this data we can compare these performance metrics in relation to the retailer’s goal and to other campaigns in the account. We could determine that those cross-device conversions actually make this campaign more relevant than we originally thought, so we may not want to pause it based on the original conversion data. (Again, this is a low volume example. But how much would it matter if you had 66% more conversions coming from mobile devices, but you didn’t know about it?)

The process for attributing conversions across device will continue to evolve. For now, this is a step in the right direction.

What role does mobile shopping play in conversion totals? 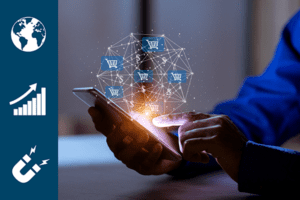 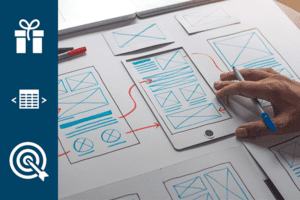 Should You Run A/B Tests During the Holiday Season?