We all get frustrated by low-quality websites, but imagine how much worse it could be. As part of Google’s video, “How Google keeps you safe on Search,” the company said that, “Last year alone, our systems found 25 billion spammy pages every day.” That includes a variety of different bad actors, malware, and just very low-quality pages.

For an inside look at how Google reacts to spammy sites, we turn to favorite John Mueller. In a recent Reddit post, John wrote a bit about how Google responds, including that there’s no list of sites permanently blocked from Search and that – with enough time and hard work – any site can get re-indexed.

Unlike the facts of life, Google takes the good and ignores the bad; the key to overcoming poor performance and manual penalties is to get rid of the bad and focus on making the rest great.

Read more about it here.

Google Ranks Pages, Not Sites … but Your Overall Site Is Still Important 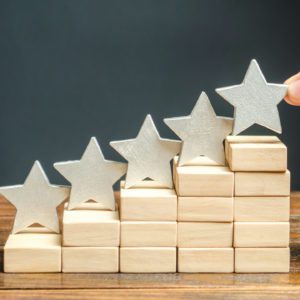 There was some active discussion in SEO circles in late January as Google’s John Mueller liked a tweet that said, “Google ranks webpages, not websites.”

This is true on one level – the content that you put on a specific page can help that individual page rank well for related searches, but that doesn’t mean that every page on your site needs to be on the exact same topic in order for any page to rank. And if you have a few not-great pages on your site, that doesn’t mean that every page will always suffer.

All of that said, this does not mean that the content, structure, and backlinks of your site overall don’t have an impact on individual pages. In fact, this has come up recently specifically in terms of site speed and Core Web Vitals, wherein Google has specifically said that poor performance for non-indexed pages could be used as part of the upcoming ranking signal calculation.

John Mueller has also said that sites can build up a reputation on specific topic areas. In both cases, it’s clear that Google does look beyond each specific page and takes other factors into account.

So our takeaway: Do your best to create great individual pages, which will also contribute to the overall strength of your site.

Read more on the discussion here and here.

Google’s mobile interstitial penalty rolled out in January 2017, but that hasn’t stopped many websites from continuing to use interstitials – popups that ask a visitor to sign up for a newsletter, for example.

John Mueller has repeated that yes, the penalty is real, but that (like everything else when it comes to ranking factors) it’s not the only factor that’s considered when ranking a page. If the content is great and super relevant to the searcher, Google does want it to be near the top of the results. So it can have a negative impact, but that’s balanced with other ranking factors.

Plus, the mobile interstitial penalty only impacts the mobile rankings, not desktop.

Rolling out as a ranking factor this May, we have a few updates on Core Web Vitals. If you aren’t up to speed, Core Web Vitals are three different facets of user experience:

2. First Input Delay (FID), which measures how soon a user can interact

In late January, Google’s John Mueller answered a question during Google Search Central SEO office-hours on how much a single facet matters – in other words, will you still get a ranking benefit if you’re meeting expectations for 2/3 of the factors? While John didn’t provide a lot of specific details, he did say that, “if we can recognize that a page matches all of these criteria then we would like to use that appropriately in search ranking.”

To get the most benefit, you want all three factors to meet or exceed Google’s criteria.

But does the type of site you have make a difference? Again from John Mueller: No, Google doesn’t have different rules depending on if you’re a news site or ecommerce or something else.

Have a video and a blog article with the same content? No worries – John Mueller has said that Google does not consider this duplicate content. Searchers may prefer different types of content, so one version should not be promoted over the other. So feel free to repurpose great content in other forms!

Google recently announced that they plan stronger enforcement of their Merchant Center pricing policies beginning on April 6, 2021. While they continue to review the price accuracy of landing pages, ensuring that the price in a product feed matches the price on the page, Google will now also compare the product feed price to the price shown at checkout.

If you have any questions or concerns about this policy change, please reach out to your Product Feeds team or your Paid Search team at ROI Revolution if you are a client. You can also review the Google Merchant Center Help document.

In other pricing news, Google now supports the display of price drop rich results in Search! To show up for this, you need to have structured data on your site; adding an Offer to your Product structure data can trigger the rich result. Google calculates the price drop based on the historical average price of the product on your site.

With new privacy controls coming from Apple this year, Google has also been moving toward a “privacy-first future.” In late January, the company released an update on their Privacy Sandbox, as well as two of the proposals to eliminate third-party cookies, Federated Learning of Cohorts (FLoC) and First Locally Executed Decision Over Groups Experiment (FLEDGE).

According to Google, FLoC, which clusters together large groups of people with similar interests, appears to show “at least 95% of the conversions per dollar spent when compared to cookie-based advertising.” The company plans to begin public testing of FLoC-based cohorts in March 2021.

The second proposal discussed in the recent update is FLEDGE, which is an expansion of TURTLEDOVE, a previous Chrome proposal. The idea behind FLEDGE is to make ad auction decisions at the browser and device level, limiting the amount of data shared with other systems. FLEDGE is expected to be made available for testing later this year.

To learn more about what’s happening with Google and third-party cookies, here are a few links to get you started:

As originally announced in January 2020, Google is no longer supporting data-vocabulary markup as of Jan. 31, 2021. A type of structure data schema, data-vocabulary.org markup is no longer eligible for rich results. Instead, Google recommends using JSON-LD, although Microdata and RDFa are currently supported.

Want your images to have a better chance of ranking? Google released a Search Central Lightning Talks video in early February on Image SEO. In the video, John Mueller lists 12 specific tips for image SEO, including things like using high quality images, alt-attributes, and structured data.

See all 12 tips and find a link to the video here. 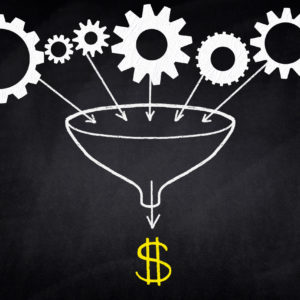 Here’s more advice from Google’s John Mueller, who was asked in SEO office hours about the possible impacts of making radical changes to a site’s navigation structure.

While not able to provide a specific answer to the question, given the many factors that can affect such a major redesign, John did say that changing a site’s navigation to be more logical – such as with a pyramid site structure that allows Google to understand the context of the pages – can be beneficial, because it draws a clear connection between the different parts of the site.

It’s important to remember that any major change to your site can have unexpected consequences. But that doesn’t mean that you shouldn’t make intelligent, thought-through changes that could make your site easier for your visitors – and Google – to use.

Read a discussion of this topic here.

First, we mentioned last month that Google had created a new “Insights” section with performance reports for your business profile. Several new metrics have been added, including a platform and device breakdown. Learn more here.

Second, GMB Messages are coming to desktop! All businesses are expected to have access by early March. You do have to opt-in to the service, which you can do by signing into your GMB account, clicking on Messages > Settings, and turning it on. Read more here.