On Wednesday, Google announced that there will be a new Google Analytics interface for Blogger.

Measure Map, which was acquired by Google in February of 2007, has already done quite a bit for Google Analytics, which had its interface completely revamped. It looks like now the team is applying some of its lessons from that experience over to the blogosphere.

Although Google Analytics is already available to everyone, as a blog writer it’s nice to have easy access to metrics that are tailored to your specific needs. Google seems to be addressing these needs with a new Google Analytics integration designed specifically for Blogger users.

According to Jeff Veen, Measure Map will be available ‘as an integrated feature of both Google Analytics and Blogger’. That sounds pretty exciting to those of us that are obsessed with our blog statistics. And if the integration is being designed by the same folks that brought us the new Google Analytics interface, that means it should be simple to navigate and extremely useful.

This new interface is now in private beta (which means you probably won’t notice it yet), but it looks like Google has plans to migrate all existing Measure Map users over to the new Google Analytics system. That means it could be a few months or even a year before it’s rolled out to everyone – there’s really no way to know at this stage. Since it’s in beta, there’s a good chance there will be some kinks to iron out.

So if you use Blogger for your blog, be sure to stay on the lookout for this neat new feature! 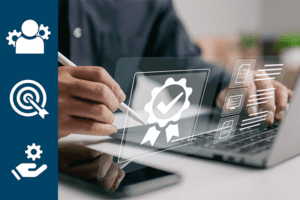 Replatforming & SEO: What Your Brand Needs to Know