Looking to get a leg up on your ecommerce competition? Look no further than Google Shopping! Although many businesses are already taking advantage of opportunities with Google Shopping, many of those and others are confused on how to best optimize for the platform. 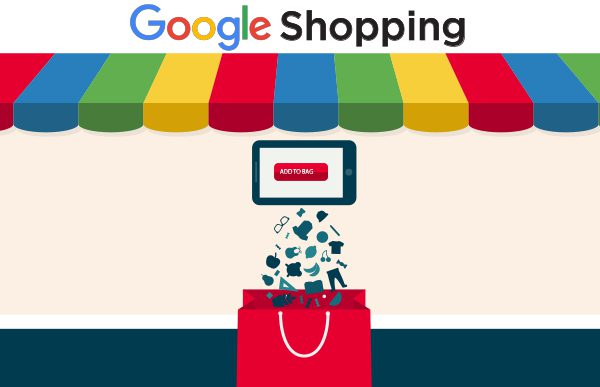 Questions such as “how do I optimize my shopping feed?”, “how do I build out a campaign structure?”, and even “how do I make Google Shopping profitable for my business” are commonly heard at ROI Revolution.

First and foremost, it’s important to understand the impact that Google Shopping has in the world of ecommerce. According to a study by Business Insider, retail revenue increased 52% year-over-year in Q1 2016 for Google Shopping. Impressions and clicks have also seen large jumps in performance. If you consider that Google’s advertising revenue was over $67 billion in 2015, and that shopping ads account for over 20% of all retail paid search clicks, you can see just how much potential there is.

A major reason for this constant growth is due to mobile traffic.

Google Shopping represents 51% of all Google search ad clicks. As seen below in the the left chart, among these Google Shopping clicks, we’re currently seeing 55% coming from mobile. In just two short years, that percentage grew nearly 300%! In looking at the raw volume of clicks, Google shopping clicks have been steadily increasing across all devices.

The right chart shows a mobile shopping click volume explosion, especially at the tail end of last year. Shopping ads now dominate Google Search on mobile devices as a result of much larger ad units. This is pushing text ads and organic results nearly below the fold.

Understanding the importance and increasing dominance of mobile is essential to being effective with your Google Shopping campaigns. You can no longer plan with a desktop-only or even necessarily a desktop-first strategy. You must plan for mobile, and judging by the data, it should be your number one priority.

Unfortunately, many advertisers just stick with Google’s recommended settings while not understanding that often-times, using custom settings tailored to your specific business can be far more profitable.

Think of it this way, if you were at a blackjack table at a casino, would you let the house play your hand? Of course not, because they have their own best interests in mind. You certainly can’t blame them, but not utilizing your own custom settings is the equivalent of leaving your fate in the hands of house.

Up until a few years back—assuming you weren’t crazy enough to want exactly the same mobile and desktop bids and ads—advertisers were required to create separate AdWords campaigns to target mobile devices.  Due to the poor performance and low traffic of mobile, however, too many advertisers simply ignored mobile targeting altogether.

In an attempt to push advertisers to follow the rising trend of mobile search, Google converted all legacy campaigns to “Enhanced Campaigns.”  Under this structure, which persists to the present, campaigns must now target all devices.  To account for differences in performance, additional levers provide mobile-specific bid adjustment and ads.

This will be changing in the future as Google rolls out the complete overhaul of AdWords. They will be allowing bid adjustments to be made by device type (including tablets) at the campaign level, but that won’t happen until 2017.

Currently, the argument made about mobile-specific websites can also be made for mobile-specific campaigns.  Counteracting the normal functionality of standard campaigns simply requires a small hack.

The hack is straightforward and commonplace:  A desktop campaign would have your true desktop bid within ad groups, with a -100% mobile bid modifier for the campaign.

The mobile campaign, on the other hand, would have dummy “desktop” bids in the ad groups.  These bids would be smaller than the ones in the true desktop campaign so as to not attract desktop traffic, but large enough to allow meaningful percentage-based mobile bid modifiers.

At the risk of making the case for separate campaigns too strongly, keep in mind that as an agency, we haven’t been pushing all accounts to separate mobile and desktop campaigns.  At this point, we’ve only begun to implement such a strategy in specific high-value campaigns where we’ve noticed enough of a difference in device performance that we deem the benefits of full control over campaign optimization to surpass the extra overhead involved in managing additional campaigns.

This is done on a case-by-case situation and certainly doesn’t work for every business. If your business sees very little mobile traffic, now might not be the right time to consider separate campaigns. That’s not to say that it will never be beneficial.

Advertisers must continue to look at the mobile data afresh to ensure they are giving mobile traffic the highest opportunity for success with structure and bids. 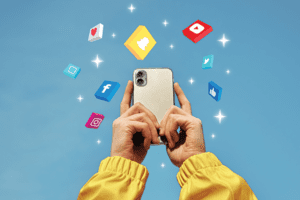