TikTok Studies the Importance of Sound in Advertising

It’s no secret that TikTok has found incredible success by integrating music into its platform. Recently, TikTok conducted a study to find out just how effective their sound bites are in their advertising.

The platform has touted its ability to increase engagement because its users are more receptive to sound elements compared to users on other platforms.

Traditionally, best practices would encourage advertisers to include captions or other sound-off tools to assist in communicating their message to consumers. TikTok has stated that is not the case for their platform, but in fact, the opposite holds true.

The study found that a staggering 88% of users said that sound was essential to the TikTok experience. Responses to the study showed that ads with audio were 2.2x better than competitors’ ads without sound.

TikTok reports a 6% increase in the likelihood of a user making a purchase and a 9% lift in users’ attitudes towards a brand due to ads with sound.

While there are some restrictions on businesses’ ability to license music, the data clearly shows that using audio in advertising is worth considering.

In a bid to establish a foothold in the competitive social commerce space, Snapchat has teamed up with Poshmark, a social marketplace for new and secondhand clothing.

This collaboration will introduce Poshmark to the Gen Z demographic (ages 13-24) and enable Snapchat to adapt and evolve to maintain its popularity with Gen Z.

LinkedIn has lowered the barrier to entry for companies seeking more reach from their organic posts. Companies and advertisers can now use ad dollars to “Boost” strong-performing organic content on LinkedIn, similar to how Facebook’s Boost Post feature works.

LinkedIn frames it as a quick and easy way to expand audience reach without having to learn new tools. LinkedIn is also allowing advertisers to pick from several objectives, select a target audience, define a location, set exclusions, and define their budget.

As with Facebook’s, one benefit of this feature is it allows marketers to easily A/B test organic content and get performance data before pushing it out to a larger audience. 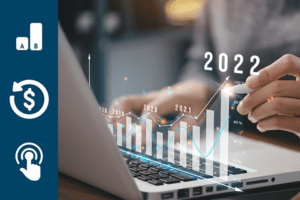 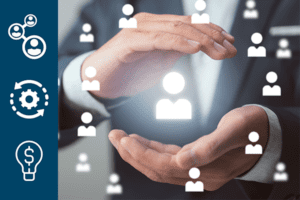