More than a year and a half ago, my co-worker Shawn Purtell and I were on a red-eye flight to Raleigh. We had just spent two days at the Googleplex immersed in Google Analytics and Google Website Optimizer and our minds were reeling. While I tried unsuccessfully to get some much-needed sleep, Shawn kept going on about combining the multivariate experiment data from Google Website Optimizer with the more detailed metrics in Google Analytics.

I’m pretty sure that I slept most of the weekend (I don’t take jet lag very well), but Shawn went straight to work on figuring out the GWO JavaScript and getting to the bottom of the combination algorithm. He returned to the office on Monday with the whole thing pretty much figured out. After a few days of testing, Shawn shared his method for inserting Google Website Optimizer combination data into Google Analytics reports:

Google Website Optimizer uses a single metric, conversion rate, to determine which combination of variations is king. But what about other metrics that may be just as valuable, like Page Value, Avg. Time, Conversion Rates for multiple goals, Bounce Rate, Exit %, and Full Navigation Analysis? What if you want to segment your traffic or filter out internal hits? Well, now you can find out just about everything you want to know about combinations by using Google Analytics.

He raises a great point. Google Website Optimizer is all about conversion rate, but in many cases, that’s not the best metric for the job. Since posting his script back in April of 2007, we’ve had thousands of downloads. It’s clear that others agree with Shawn. So does Google, it appears, because they’ve just made it a lot easier to integrate Google Website Optimizer and Google Analytics.

Read on for more about official updates to the marriage between Google Analytics and Google Website Optimizer.

We’ve just returned from our annual trip to Mountain View for the Google Analytics/Google Website Optimizer Authorized Consultants summit. We had a lot of fun (check out the pictures; click on them for larger versions) and learned a lot. The high point, though, was hearing about the new code additions to the siteopt.js script that powers Google Website Optimizer. Chief among these is an official update that makes Shawn’s GWO/GA integration easier than ever.

The first two steps from Shawn’s method have been consolidated. Just use this piece of code in place of your standard Google Analytics Tracking Code on any multivariate test page:

This will allow Google Analytics to report on the page and the page’s combination. You’ll access the data in the same way as before (see instructions) but now you can start collecting the data with less code and fewer steps.

There are several other updates for siteopt.js, which we’ll cover in more detail next week. But we here at ROI Revolution are particularly proud that Shawn’s GWO/GA integration concept has been forever immortalized in Google code. Congratulations, Shawn!

Want more of Website Optimizer Wednesdays? Check out the rest of the series! 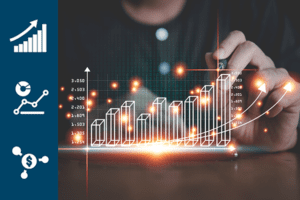 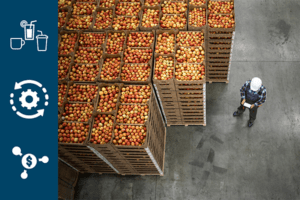 Infographic: The State of the Food & Beverage Industry